A place for close encounters of the cold-blooded kind.

ROBERT H. SMITH — aka Jungle Bob — saw a snake for the first time at the age of 6. His family had just moved from Hell’s Kitchen in Manhattan to suburban Long Island. One day, he was out exploring the new neighborhood when the sound of shrieking kids drew him to a row of hedges. Out slithered a garter snake.

“I had never seen a tree before,” Smith jokes, some five decades later, “much less a snake. I was fascinated.”

When the kids came running out from behind the hedges, they found their new neighbor holding the snake. Smith made instant friends that day and found his passion, one that would lead him to opening Jungle Bob’s Reptile World in 2008.

After selling the successful computer business he had helmed for 25 years, Smith began turning his lifelong love of reptiles, amphibians and invertebrates into a second career. He published the well-respected Fauna magazine, ran the living museum Fauna Serpentarium and lead eco-travel tours around the world.

All of this would inform how Smith transformed a rundown reptile store in Centereach, NY, into the Jungle Bob’s of today, a 3,000-square-foot pet destination recently moved to nearby Selden.

“I wanted to make the store more family-oriented,” he says. “To get new people involved in the hobby, I knew we had to cater to kids.”

Smith has achieved that goal in a variety of ways. He and his fellow reptile gurus at the store give more than 150 presentations a year at schools, libraries and other places where young people gather, sparking their curiosity about his favorite creatures and about Jungle Bob’s.

Those who visit the store will find more than 100 animals — including some from Smith’s personal collection and not for sale — on display in their natural habitats. Families can even sign up for a $35 Animal Encounter, a program he created to monetize the time employees spend with those who will not be taking home a new pet at that time.

Families can pay for an Animal Encounter, which monetizes the time staff spends with those not buying a new pet.

“We give our visitors an experience they never forget by letting them hold snakes, lizards and tarantulas in a fun, safe and educational environment,” Smith says.

Driving everything he does is a desire to educate people of all ages about these often-misunderstood creatures. For those ready to commit, Jungle Bob gurus ask a series of questions to match the customer with the right animal. They then share best care practices.

When Smith was a kid, “There were no books on keeping reptiles. I learned what I could from pet store managers and product booklets, and by making mistakes.”

Another lesson Smith learned the hard way was that a growing number of store visitors were lookie loos who would ultimately buy elsewhere, often online. He decided that enough was enough during the 2014 holiday shopping season.

“One after another, people were coming in to do product and price comparisons. They would spend an hour with us, just picking our brains,” Smith says. “I thought, wow, this is terrible.”

His solution to this common problem was to create a high-quality store brand that could compete with online retailers offering similar products at lower prices. The Jungle Bob line launched in early 2015 and now has around 250 items.

These private-label reptile and aquarium supplies are available at the Selden and recently opened Oakdale locations, at junglebobsreptileworld.com, and at certain other brick-and-mortar and online stores. Smith strategically prices and places his products so that customers pay the same price no matter where they buy, and so that retailers that carry the items don’t undercut and compete with each other.

Jungle Bob’s Reptile World in Selden has three times the size and five times the revenue as the original store in Centereach. With help from his two sons Tyler, 27,  and Dylan, 25, Smith plans to continue expanding all aspects of the retail and wholesale business.

“I’d love to have four or five stores in the New York area before getting into Manhattan,” he says, “And our brand has legs. We think we can move it outside of the Northeast and into stores in all 50 states.” 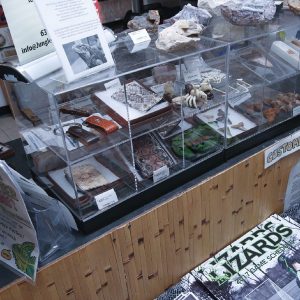 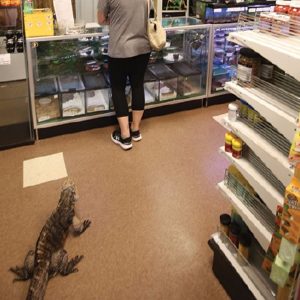 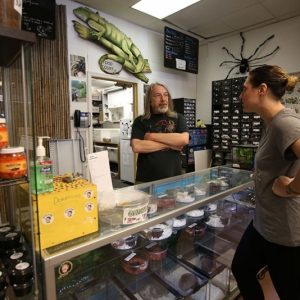 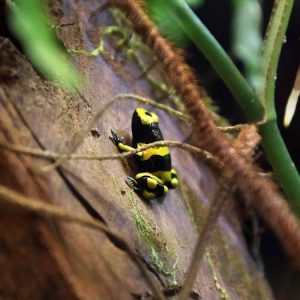 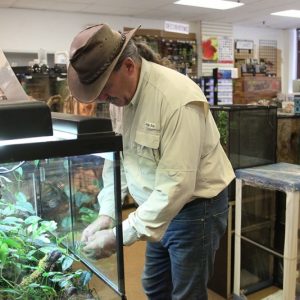 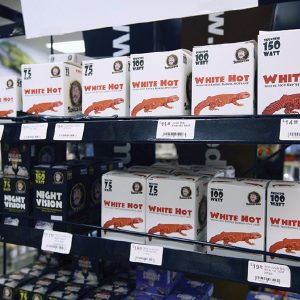 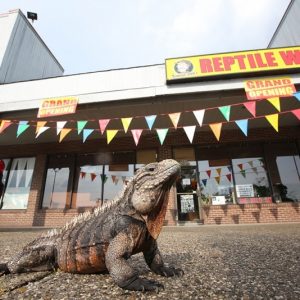 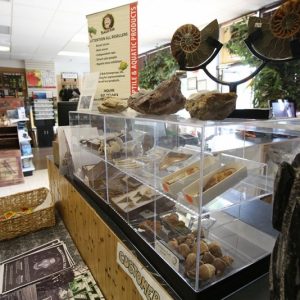 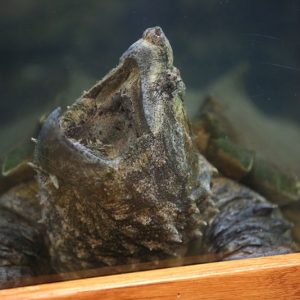 1.FAMILY BUSINESS: Smith has been grooming his sons, Tyler and Dylan, to join him since they were teens. They’ve been around reptiles and other exotic animals, he says, “since they were in diapers.”

2.150: That’s how many combined years the gurus at Smith’s stores have with the animals in their care. “We have people who are extremely talented at a young age and old-timers who have forgotten more than I know.”

4.JUNGLE BOB ON YOUTUBE: There are more than 100 videos, many hosted by Jungle Bob himself, at youtube.com/user/junglebobsworld.

5.STORE PETS: Among the many personal pets Smith keeps at the store are Snappy the alligator snapping turtle, Casper the rat snake, Willie the Burmese python, Castro the Cuban iguana, Rosie the tarantula, Azul the blue-tongued skink, Jabba the African bullfrog, Wally the alligator and Tony the Argentinian Tegu lizard. “It’s like a free reptile zoo,” he says.

At P.L.A.Y. — Pet Lifestyle & You — toy design is definitely a team effort! Watch PETS+ interviewer Chloe DiVita and P.L.A.Y.’s Director of Sales Lisa Hisamune as they talk about the toy design process, the fine-tuning that makes each toy so special and why every P.L.A.Y. collection is made with independent retailers top of mind.

What Would a Reality TV Show Based on Your Pet Business Be Called?

Do You Bring Staff to Trade Shows?

Digitizing the Unboxing Experience: How to Build Relationships with Your Pet Parents

Every pet parent wants the best for their favorite

Based on #gear worn by competitive sailors, @chesa