Amazon has launched its own pet product brand, and it’s only for Prime subscribers, Bloomberg reports. 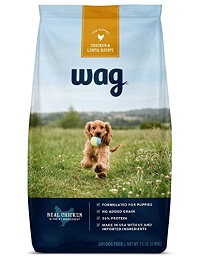 The brand is called Wag, and for now the only product available is dry dog food. It’s expected that other products will eventually be sold under the label, Bloomberg reports.

The new private-label is seen as a way for Amazon to challenge companies such as PetSmart and Petco in the pet product market, according to the news outlet.

It’s no small market. U.S. consumers spent $69.51 billion on their pets in 2017, according to the American Pet Products Association. That represented 4 percent growth compared with $66.75 billion spent in 2016.

Amazon sells in-house brands in a variety of other product categories, as well. They include clothes, baby products and batteries, Bloomberg notes.