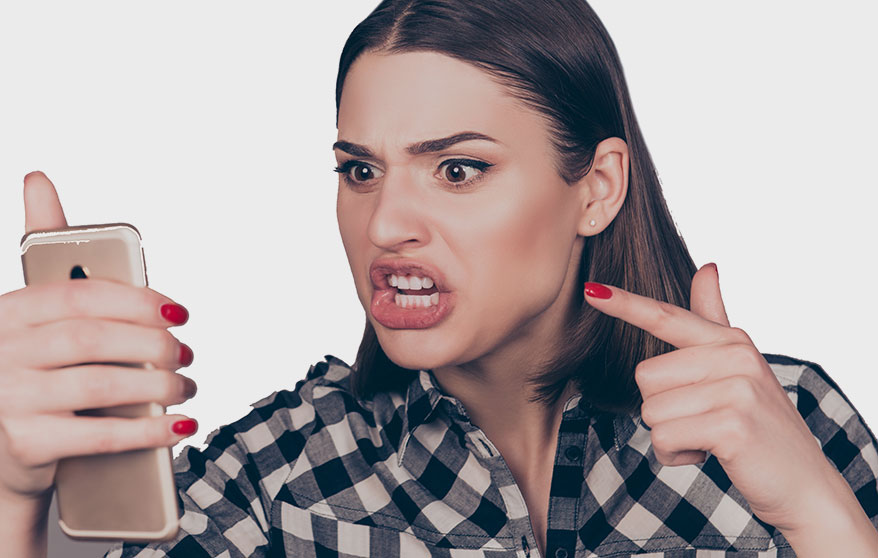 I got really angry at a customer the other day and left a nasty message on their voicemail. So, OK, I’ve lost that client. But how can I keep this from happening again?

If you feel anger management is an issue that’s affecting many parts of your life, go see a mental-health professional. However, if you’re like the rest of us, and anger is more a cause for periodic embarrassment or regret, we fully recommend business author Tony Schwartz’s Golden Rule of Triggers, which is “Whatever you feel compelled to do, don’t.” Instead, he says, take a deep breath, and “feel your feet” — a distraction tactic that allows you to pull your head out of the red mist. Different from the old “take a deep breath” or to “count to 10” advice, Schwartz recommends interpreting any sign of compulsive behavior as an indication that the action is probably imprudent. Rather than battling compulsion, his rule co-opts it as a warning system. 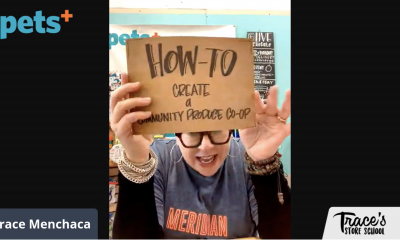 I’ll admit I’m a helicopter manager, but if I didn’t keep an eye on everything and intervene, nothing would get done properly. How can I get my staff to show more initiative and responsibility?

It sounds as if you’ve micromanaged your staff into drones. Basically, you’ve got two options: Go big picture, where you give them ownership of their responsibilities on a day-to-day basis, or go small, where every procedure and system is mapped out in detail. The first requires employees with the right personality and experience who will know what to do when you say, “OK, our goal is to wow every person who comes in. Go to it!” The second requires a lot of work from you in putting systems in place and providing the necessary training. In such cases, one approach is to imagine that you’re planning to open another business 3,000 miles away and put in writing everything you’d want the remote employees to know — from how to run the POS system to how to make deposits to whom to call if there’s a problem with the building. With such a reference, you’d be able to step aside and, in theory, be confident your staff would be equipped to tackle most situations. Keep in mind, though, that these situations often reflect as much about the manager as the staff. Taking action is how micromanagers deal with anxiety — just as surrendering control is how under-functioning staff deal with challenges. Breaking the pattern is tough, because the manager needs to step back and do less, which means potentially letting bad things happen and tolerating the resulting anxiety. Can you handle that?

There are three main arguments against setting goals: One, that they can lead people to focus on the wrong things (by, for example, becoming too aggressive in chasing sales targets) or cut ethical corners; two, that they become demotivating when it becomes clear they can’t be reached; and three, that it’s healthier and more satisfying to live your life focused on the present rather than constantly looking ahead to a future when something might be accomplished. The secret to smart goal setting then is to do it in a way that addresses these problem areas. That means:

1) Set challenging goals but don’t make a big deal of it if someone, including yourself, falls short.
2) Structure goals that focus on behaviors, so your people are learning and improving rather than wildly chasing a financial goal.
3) Be specific. Setting vague goals can produce higher rates of success with motivated staff, but if your employees are normal human beings, being specific will prevent procrastination.
4) Make the first couple of milestones easy so that people can build momentum toward the major goal. Progress is a HUGE motivator.
5) And finally, don’t make goals a death march, have fun trying to accomplish them.

What’s the best way to tell a customer you’d really rather not take their American Express card?

To be sure, there are reasons to wish they just would leave home without it. AMEX’s extra charges and reputation for slow payment are annoying, but once you make it clear through store signage that you accept all major cards, you don’t have much of choice but to take their American Express card with a smile. “Don’t ever, ever, ever, ask your customer, ‘Oh, do you have another card?’ In terms of customer service, that’s just plain lame,” says Rick Segel, author of Retail Business Kit for Dummies. Remember, your customer might be saving up points for a reward, or may be close to their limit on their other card, and your hesitancy to take their card puts them in an awkward position, he says.

As I start my financial planning for 2020, do you recommend a bottom-up or top-down approach?

It’s a new year, a new beginning … start at the bottom. “Top down is quicker but invariably leads to existing costs being left in rather than being properly evaluated,” says David Brown, CEO of the Edge Retail Academy. Brown explains that he asks his clients to set the financial goals they want to achieve and then work backward to determine the sales and earnings they are going to need to achieve those targets. “This results in a complete budgeting process,” he says. “If an owner has planned a retirement nest egg in 10 years and they know they need $50,000 into a retirement plan each year to reach the goal, it provides them with the incentive to hit the sales target each year.”