(PRESS RELEASE) The Human Animal Bond Research Institute has announced funding for a new research project led by the Purdue University College of Veterinary Medicine to evaluate the effects of service dogs on children with autism spectrum disorder and their caregivers. The two-year grant from HABRI will enable the research team to conduct a study quantifying the therapeutic effects of service dogs on children with ASD and their caregivers in collaboration with service dog provider Canine Companions for Independence.

“While anecdotal evidence suggests service dogs may benefit children with ASD, there is a need for published data on this subject,” said the study’s principal investigator, Marguerite O’Haire an associate professor of human-animal interaction, who is part of the Center for the Human-Animal Bond at Purdue University. “As the largest and most extensive study on service dogs for children with ASD and their caregivers to date, we expect the findings to provide critically-needed outcomes for this increasingly prevalent application of the human-animal bond.” 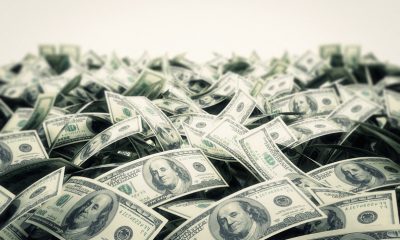 Video: ‘Start the Smart’ with These Pet-Business Growth Tips

The study, called the Purdue Canines for Autism Research Study, or Purdue CARES, will compare up to 50 families engaging in usual care that have an ASD service dog with up to 50 families engaging in usual care while on the waitlist to receive a service dog. Participation will include caregivers completing a 30- to 60-minute online survey and facilitating three mornings of saliva collection with the child to measure cortisol, a stress hormone. O’Haire and Purdue co-investigators Kerri Rodriguez, Mandy Rispoli and Bridgette Kelleher along with Evan MacLean of the University of Arizona will conduct the study, which focuses on children diagnosed with autism who range from ages 4 to 17. The researchers will compare the symptoms of children who currently have service dogs in the home and those who are on a waiting list for a service dog. They also will assess participants’ cortisol levels, a biomarker involved in the stress response system, as well as reports of their sleep habits provided by their caregivers. “These findings will be some of the first empirical data behind what now is largely only qualitative evidence, and will allow parents, psychologists, and providers to know what to expect from these placements,” said Rodriguez.

Study participants are being recruited from Canine Companions for Independence, one of the largest providers of assistance dogs in the United States. Service dogs provided by Canine Companions for Independence are purpose-bred Golden Retrievers, Labrador Retrievers, or Golden-Labrador crosses specifically trained for skills and tasks that help mitigate the child’s autism symptoms.

The study also will also evaluate the impact service dogs have on caregiver and family functioning through a caregiver report. “We are excited to take a family-wide approach to studying how an autism service dog integrates into the home,” Rodriguez said. “Specifically, our innovative study will not only measure the effects that a service dog may have on child functioning, but also the parents’ functioning and overall family dynamics.”

“HABRI is proud to have funded a number of now-published studies demonstrating the positive impact of the human-animal bond for children with autism and their families, from improving social skills and family functioning to decreasing caregiver stress,” said HABRI Executive Director Steven Feldman. “HABRI’s grant to Dr. O’Haire and her team at the Purdue University College of Veterinary Medicine is unique from these other projects in that its focus is on the impact of service dogs, which unlike pets, are not only specially trained to perform tasks but also have special access to public places, enabling them to be with the child constantly. HABRI is thrilled to be supporting new, promising research investigating a different, yet important aspect of the human-animal bond for children with ASD and their families.”

Your Dog Wants to Rescue You If It Knows How, Study Suggests