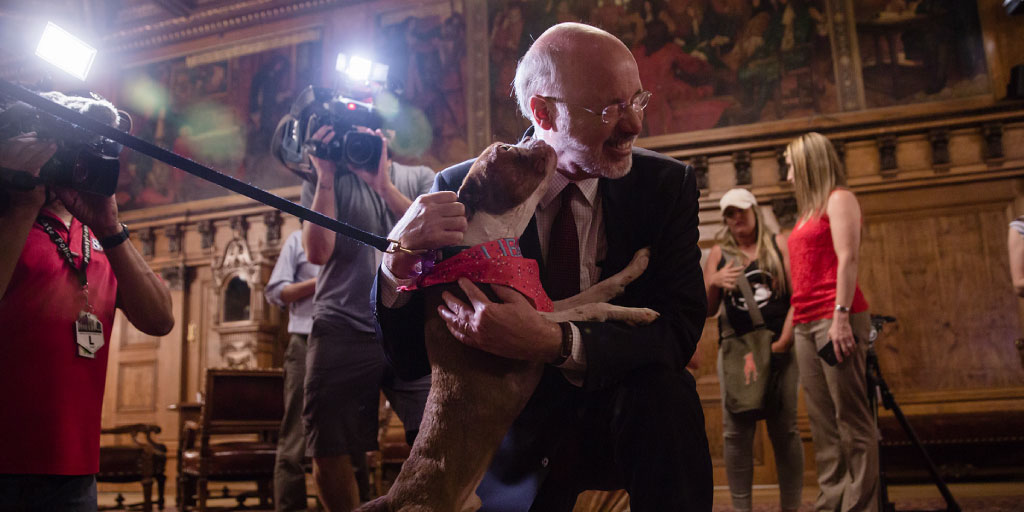 “A few months ago, we celebrated the one-year anniversary of the first significant strengthening of Pennsylvania’s animal protection statutes in nearly 30 years with the enactment of Act 10 of 2017, which included Libre’s Law,” said Gov. Tom Wolf.

“Today, I am proud to sign this bill and build on the progress we have made for animals in the commonwealth. Thank you to the advocates and legislators who made this possible.”

The law adds vehicle entry to an existing law that allows officers to enter a property to provide care or impound an animal believed to be a victim of neglect or living below minimum care standards.

This new law raises awareness of the dangers of leaving pets in parked cars and empowers law enforcement to make decisions on behalf of an animal’s welfare by: