(PRESS RELEASE) The Human Animal Bond Research Institute and Pet Partners announced agrant to the University of British Columbia for a new study, Direct Experimental Assessment of Therapy Dog Handlers on Child and Dog Behavior During Animal-Assisted Interventions. This study will aim to determine how different therapy animal handler styles influence stress behavior in both children and dogs during animal-assisted therapy sessions.

“Pet Partners has long been the gold standard for therapy animal handler training and this study will help provide scientific evidence to guide handler best practices to maximize the benefits of the intervention,” said Annie Peters, president and CEO of Pet Partners. “We are proud to partner with HABRI in supporting human-animal bond research that will help inform best practices and foster consistency in the profession.” 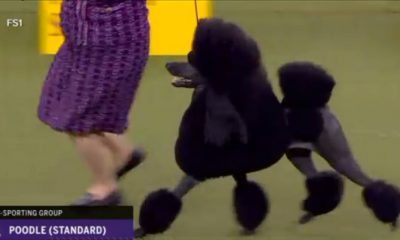 “Therapy dog handlers are trained to be active in sessions and interact with the participants and the dogs alike, however the handling procedures can be inconsistent, and often not even measured across sessions,” added Megan Arant, principal investigator. “It is possible that the handler variation of in-session procedures with their own therapy dogs is also influencing the participants through altering the way the dog is presented as well as altering the dogs’ own behavior, which could cause discrepancies in the therapeutic effect. Therefore, it is beneficial to create a consistent standard for how handlers are instructed to interact with their dogs in AAI sessions to ensure homogeneity.”

This study aims to provide empirical data on how to improve outcomes of AAI sessions. Specifically, the study focuses on one largely neglected area, namely how the owner-handler of the therapy dogs interacts with their own dog in the session, and subsequently influences the dog’s behavior and the therapeutic effect of the session. By targeting handler behavior and manipulating factors such as leash restriction and food delivery, the researchers will provide meaningful evidence that can push the field of AAI further forward and create better session outcomes for many different populations while highlighting the wellbeing of the therapy dog.

For this experiment, the researchers will recruit 21 therapy dog teams and 21 children with autism spectrum disorder. A within-subject group design with repeated measures will be used to determine the outcomes of typically employed handler styles. While the study’s design will include an analysis of differing handling styles, all interactions with the therapy animals will uphold the highest possible considerations of animal welfare as well as Pet Partners’ therapy animal standards of practice. Investigations of effects of these common handling styles will be conducted through behavioral observations using the validated OHAIRE-V3 coding system and salivary cortisol measures. Arant and co-investigators Alexandra Protopopova, University of British Columbia, and Erica Feuerbacher, Virginia Polytechnic Institute and State University, expect that the most restrictive handling of the therapy dogs will have negative effects for both dogs and children with ASD. They predict that restrictive handling will result in less therapeutic benefit of the dog for the child as measured by behavioral coding and salivary cortisol. They also predict that restrictive handling will result in increased stress and salivary cortisol concentration of the dogs.

“While research demonstrates the benefit of animal-assisted therapy for helping children with ASD through reducing anxiety and stress and helping improve social skills and behavior, consistency in handler procedures is needed and scientific research can help determine what is most optimal,” said HABRI Executive Director Steven Feldman. “HABRI is grateful for the partnership and support from Pet Partners for this important research, which will help more broadly account for the therapeutic effects of therapy dogs.”

Fetch for Pets Booth #5945: A One Stop Shop for Entertainment Brands

This error message is only visible to WordPress admins

Error: API requests are being delayed for this account. New posts will not be retrieved.

Make sure this account has posts available on instagram.com.