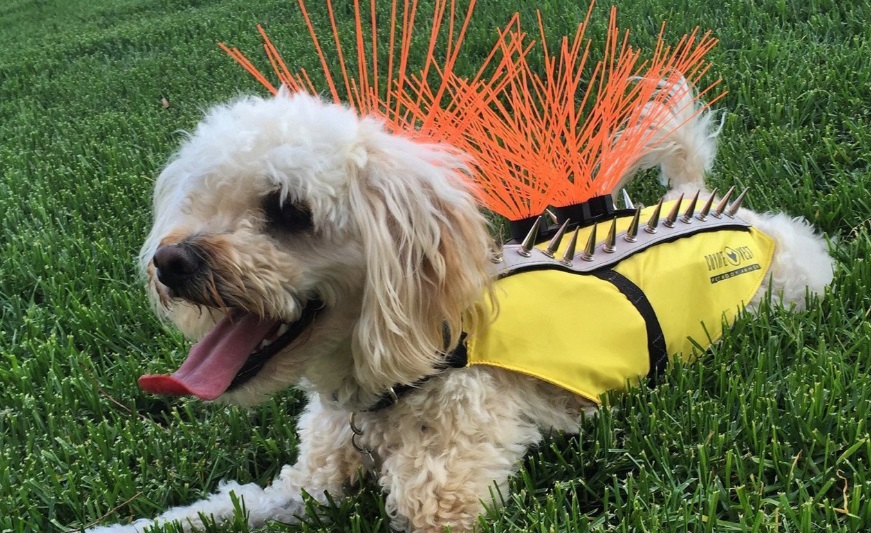 CoyoteVest has spikes to ward off coyotes.

Some pet owners are decking out their furry companions in body armor in hopes of defending against coyote attacks, the Kansas City Star reports.

The product they’re using, CoyoteVest, consists of kevlar armor with spikes on the neck and back. It costs between $69 and $99.

The company’s founders, Paul and Pamela Motts of San Diego, came up with the product after their own dog, Buffy, died in a coyote attack.

Paul Motts explained on the company’s website: “I know that coyotes are generally afraid of humans, yet this coyote carried out his attack just feet away from me and in an area where there were dozens of people nearby.”

USA Today has reported that coyote attacks are on the rise in U.S. cities.