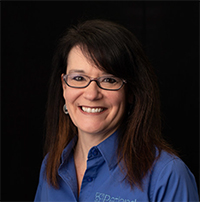 In her new role, Kunzelman will lead marketing, legislative affairs, national brand management, and tactical communications. During her 14 years at Petland, Kunzelman served in various public relations and communications roles within the company. She championed legislation to ensure the highest animal welfare standards and protected Americans’ rights to own pets. Prior to her recent appointment, Kunzelman was Director of Public Affairs for Petland and currently serves on the board of directors for the Pet Industry Joint Advisory Council (PIJAC) board in Washington, D.C., as a board member on the Chillicothe-Ross Chamber of Commerce, and Downtown Chillicothe.

Kunzelman’ s father, Ed Kunzelman, founded Petland in 1967 with the belief that local pet stores provided a gateway into the companion animal world. Veterinarians, professional breeders, zoo keepers, and other animal professionals found their love for the animal world by first spending time in their local pet store.

“There are well-funded extremists out there who do not believe animals and people belong together. We do not see it that way. My father believes pets make life better for both animals and their human families. I’m honored to champion that cause with him,” said Kunzelman. Kunzelman resides in Petland’s hometown of 54 years, Chillicothe, Ohio, with her husband and she has a degree in journalism from Ohio University.