(PRESS RELEASE) JUPITER, FL – Scenthound, a local dog grooming franchise specializing in wellness-based preventative care, is celebrating 10 years of business at its Jupiter location. The Jupiter location was the first of four to open, with stores in Boynton Beach, Wellington, and West Palm Beach opening in later years following the massive success of the original Scenthound. There are also six new stores throughout Palm Beach County currently in development.

A spin-off of the local mobile pet grooming business, Pet Groomerie, Scenthound opened its doors with one goal: to keep dogs healthy. While many associate the idea of dog grooming with haircuts, Scenthound’s grooming model hits all five core areas of maintenance: Skin, Coat, Ears, Nails and Teeth. Since some, but not all dogs need haircuts, the brand offers a simple, one-length allover haircut as an optional add-on. 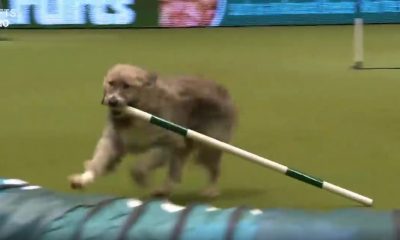 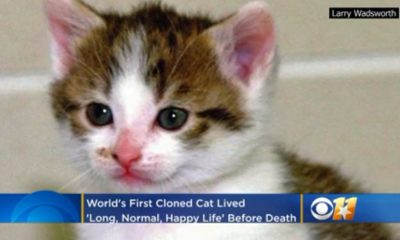 Tim Vogel, CEO of Scenthound, started in the grooming business as the owner of Pet Groomerie and learned first-hand the shortcomings within a booming pet industry and the lack of education surrounding dog grooming. Vogel began a mission to give dogs and their owners a fast, easy, and affordable grooming solution with scenters that provide a haircut, but more importantly, focus on a dog’s health. The small business quickly become an important part in the Jupiter community, thriving even after a Petsmart opened up a few doors down.

“We have loved spending the past decade getting to know the dogs and families in Jupiter and its surrounding communities,” said CEO Tim Vogel. “Engaging with the community has allowed us to share with people how simple, yet important it is to keep their loved ones healthy.”

As the brand’s presence grew in the local community, Scenthound got involved by giving back, most notably with its partnership with the Peggy Adams Animal Rescue League. Scenthound has routinely hosted charity dog washes throughout the years, donating proceeds to PAARL. In 2015, the partners created the “Clean Start” program, where local rescue dogs are given free grooming services to increase their chances of adoption. In addition, all newly adopted dogs are provided with a voucher for free services so they can get cleaned up and ready for a “clean start” in their new homes. In the last 10 years, Scenthound has given away about 2,900 free clean starts, valued at over $100,000. Scenthound also created the “Scenthound Salutes” program, which provides free grooming services to groups that support the community, including teachers, firefighters, and foster dog families.

Most recently, Scenthound provided staff onsite at Peggy Adams in early February after receiving 24 dogs who had been living in deplorable conditions from a hoarding situation. The team provided baths, dematting, nail trimming, and other grooming services so desperately needed after the rescue.

“Many dogs that we groom at the rescue league are left in such horrible condition,” added Vogel. “It’s amazing to see the difference that some quality care can make, and it’s critical to the overall health of every dog.”

To celebrate Scenthound’s 10 year anniversary in Jupiter and to encourage new dog parents to invest in their pet’s health, Scenthound is will be offering new customers across all locations a promotion which includes a discounted $10 annual fee and a $10 package for your first month.

Coronavirus Could Cause 17% Sales Drop for Pet Industry, Study Suggests

Stimulus Loans Could Be a $350B Payroll Lifeline for Small Businesses

COVID-19: How to Successfully Communicate with Customers, Staff and Even Yourself During the Pandemic [Webinar Replay]

Video: To Build Your Pet Business, You Have to ‘Stop the Stupid,’ Says Jim Ackerman