A new study failed to definitive relationship between grain-free and legume-rich diets and dilated cardiomyopathy in dogs.

A group of veterinarians, veterinary cardiologists and animal nutritionists from BSM Partners, a pet care research and consulting firm, examined more than 150 studies for the analysis.

Digitizing the Unboxing Experience: How to Build Relationships with Your Pet Parents 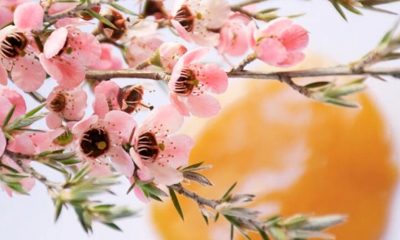 “Additionally, the FDA’s reported cases of DCM include incomplete information, making it impossible to draw any sound conclusions from this data,” according to a press release from BSM.

The peer-reviewed article, which appears in the Journal of Animal Science, is an exhaustive literature review regarding the causes of DCM, and the first research resulting from BSM Partners’ long-term DCM research effort.

“We wanted to gain the best understanding of this issue, so we examined the results of more than 150 studies, which taken together did not support a link between grain-free and legume-rich diets, and DCM,” said Dr. Sydney McCauley, an animal nutritionist and the article’s lead author. “What the science does make clear is that DCM is largely an inherited disease.”

The U.S. Food and Drug Administration last year issued an update on its investigation into reports of DCM in pets eating certain commercial foods. The FDA included a list of “Dog Food Brands Named Most Frequently to DCM Cases Reported to FDA,” including many favorites of independent pet stores.

The new article details published research highlighting a number of other factors that could contribute to the presence of DCM. These include nutrient deficiencies, myocarditis, chronic tachycardia and hypothyroid disease.

“We believe that further research is needed in order to reach sound conclusions with respect to the relationship between diet and DCM,” said Dr. Eva Oxford, a veterinary cardiologist and an article coauthor. “This is why BSM Partners has initiated multiple original research projects that will shed additional light on this topic.”

BSM researchers also stated that while the FDA has referenced many reported cases of DCM in dogs eating grain-free or legume-rich diets, the majority of these cases contained incomplete information.

“For example, integral data such as the dog’s complete diet history, age, or the presence of concurrent conditions were often missing,” according to the press release. “Additionally, some of the reported cases were of dog breeds with a known genetic predisposition to DCM, which further confounds the claim of a dietary role.

Head or Heart: Paying More Can Reduce Employee Turnover, but Will It Boost Revenue?

Jennifer Lawrence, Fake Poop and More Customer Stories That Are Crazy but True

Petcare Innovation is excited to be official media

Dogs love the mental stimulation that dog chews of