(PRESS RELEASE) WASHINGTON, DC — The Human Animal Bond Research Institute (HABRI) announced that Heidi Sirota, Nationwide’s chief pet officer, has joined the HABRI Board of Trustees. The HABRI Board of Trustees is the governing body that oversees HABRI’s programs and activities. This announcement follows the recognition earlier this year of Nationwide as a Human-Animal Bond Certified Company and reinforces Nationwide’s strong support for HABRI’s mission to advance the vital role of the human-animal bond in the health and well-being of individuals, families, communities and companion animals.

“Nationwide’s support of HABRI is another way we help people and their pets experience better lives together,” said Heidi Sirota. “I am thrilled to join the HABRI Board and collaborate with other pet industry experts to advance science, educate the public and advocate for a healthier, more pet-friendly society.” 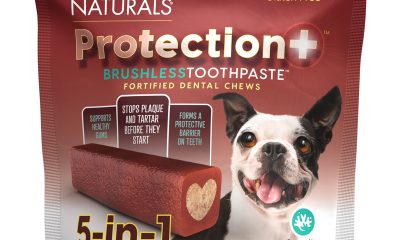 Scientific evidence increasingly shows that pets improve heart health, alleviate depression, increase well-being, support child health and development, and contribute to healthy aging. In addition, companion animals can assist in the treatment of a broad range of conditions from post-traumatic stress to Alzheimer’s disease to autism spectrum disorder. The benefits of the human-animal bond impact more than just human health. Findings from a HABRI survey of pet owners demonstrate that knowledge of the scientific research on the human-animal bond motivates pet owners to take better care of their pets – from providing pets with better veterinary care to purchasing pet health insurance.

In March 2020, Nationwide became a Human-Animal Bond Certified Company. Human-Animal Bond Certification prepares veterinarians and animal care staff to recognize and promote the importance of the bond between pets and their families. As part of the certification process, Nationwide associates completed human-animal bond training, learning about the science behind the human-animal bond and gaining a deeper understanding of how this science supports pet health and the practice of veterinary medicine.

“We’re proud to be supporting HABRI at the highest level while amplifying the message that healthy, happy pets can improve our lives,” added Sirota.

People with COVID-19 Often Give It to Their Pets, Scientists Find