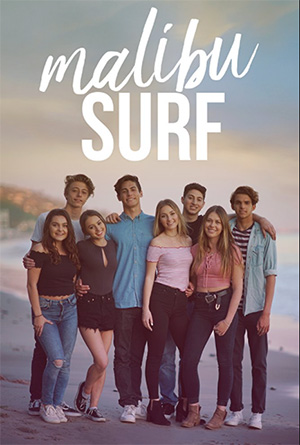 “We are honored to be working with such heroic animals and the people who love them,” said Joey Herrick, President and Founder of The Lucy Pet Foundation and Lucy Pet Products. “We salute the animals for their love, companionship and bravery… whether it’s a cat protecting a little boy from a vicious dog attack or a military working dog shielding soldiers in combat, they each deserve this very special recognition.”

Each animal riding the Lucy Pet float has a unique and amazing story to tell:

‘Sirius’ a retired K-9 military working dog was working in Afghanistan with his best friend and handler, 22-year-old Marine Sgt. Joshua Ashley, when Sgt. Ashley was killed by an IED. Sirius was also injured but was able to return for an additional tour of duty. Upon Sirius’ retirement from the Marines, he was adopted by Sgt. Ashley’s family. The now 10-year-old German Shepherd will ride the float alongside Sgt. Ashley’s mother Tammie, in memory of her son. Watch video here.

‘Tara’ a cat that saved 4-year-old Jeremy Triantafilo from a vicious dog attack as he played in his driveway. ‘Tara’ fearlessly jumped on a dog five times her size and chased him down the street then returned to check on Jeremy’s well-being. The surveillance footage of that event was seen by over 30 million people on YouTube! ‘Tara’ will ride along with now seven-year-old Jeremy and his parents, Roger and Erica Triantafilo. Watch the video here.

‘Jax’ A 5-year-old Belgian Malinois Oxnard Police Department K-9 and his handler, Senior Officer Daniel Casson will ride the float in recognition of Jax’s work bringing down dangerous criminals. He recently sniffed out 5 lbs of methamphetamine disguised to look like a wrapped birthday gift during a routine traffic stop. Jax was also responsible for apprehending a criminal who was trying to light an occupied homeless encampment on fire. When he is off duty, he is Officer Casson’s family dog who enjoys playing with all the neighborhood kids.

‘Rocket’ A Border Collie mix once deemed unadoptable in a shelter because of his high energy level, and slated to be put down, was rescued by a Search Dog Foundation recruiter who saw potential in him. He now works alongside his handler, firefighter Mike Stornetta and travels all over the country to search for victims who are trapped during natural disasters. He was recently deployed in the aftermaths of Hurricanes Harvey and Irma, and the Sonoma wine country fires.

Actor Danny Trejo best known for his tough guy character roles, and most recently seen in the AMC Cable TV hit ‘Breaking Bad’, will be riding on the float with his rescue dog. Danny is a well-known animal advocate and always promotes the importance of spay and neuter and encourages fans to adopt their pets from local shelters. In his spare time, Danny likes to visit Children’s Hospital, bringing comfort and smiles to sick kids in the greater Los Angeles area. 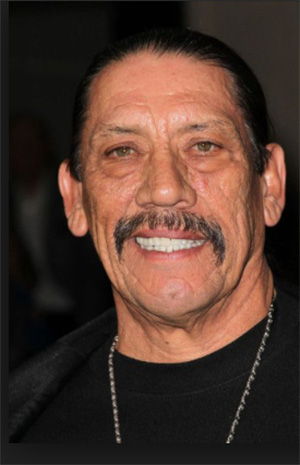 Actor Danny Trejo also to be joining the parade.

‘Apollo’ a Lab mix puppy born to a dog left homeless by Houston’s Hurricane Harvey, will be riding in the arms of his adoptive pet parent, active Army Staff Sgt. Justin Gilliss. Gilliss, who has served tours of duty in both Iraq and Afghanistan, adopted Apollo from Shelter Hope in Santa Clarita, an adoption center that took in animals from one of Lucy Pet Foundation’s rescue airlifts that transported displaced pets from Houston to find new forever homes around the country.

“We salute these brave, loving and life-saving animals that have truly made a difference in peoples’ lives,” said Herrick.

Float riders will be available for interviews at Fiesta Float Barn in Irwindale, CA Dec. 27- 31 and at the FREE Pasadena Rose Festival at LIVE! On Green’ at the Pasadena Civic Center from Dec. 29-31. The Lucy Pet’s Gnarly Crankin’ K-9 Wave Maker, along with the Lucy’s Surfing Pets Team and the one and only ‘Ricky the Surfing Cat’ will also ap- pear daily at the free event. 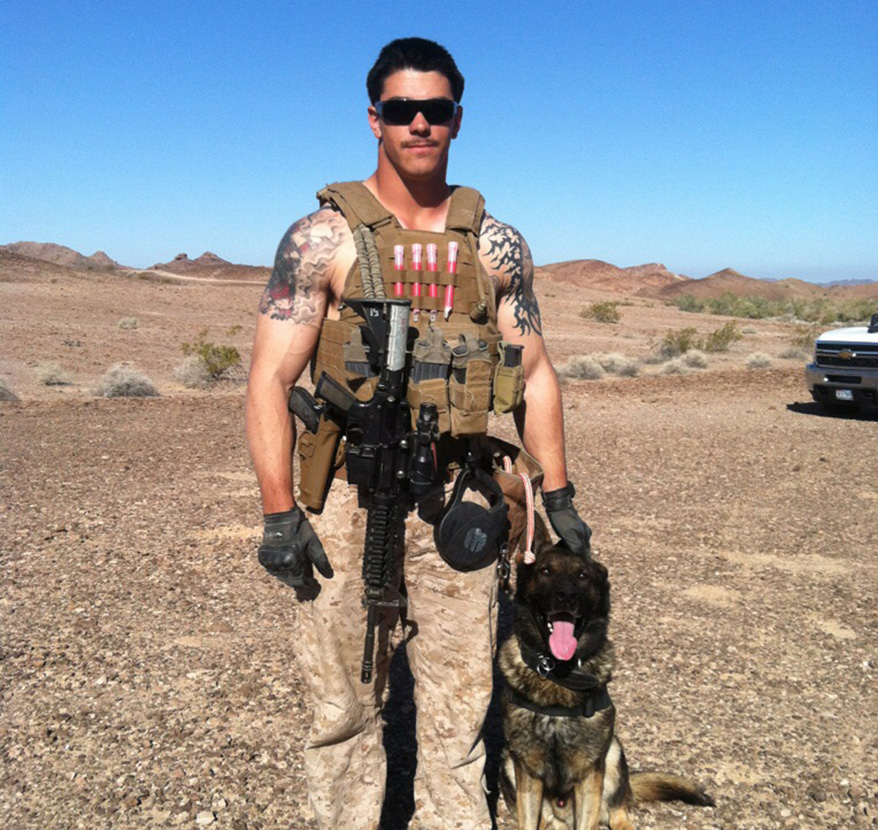 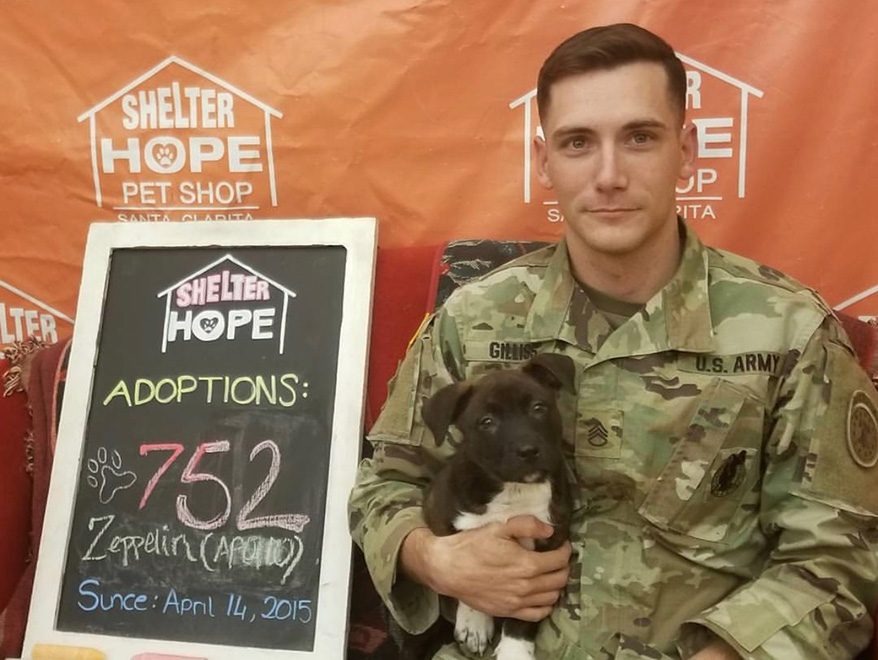 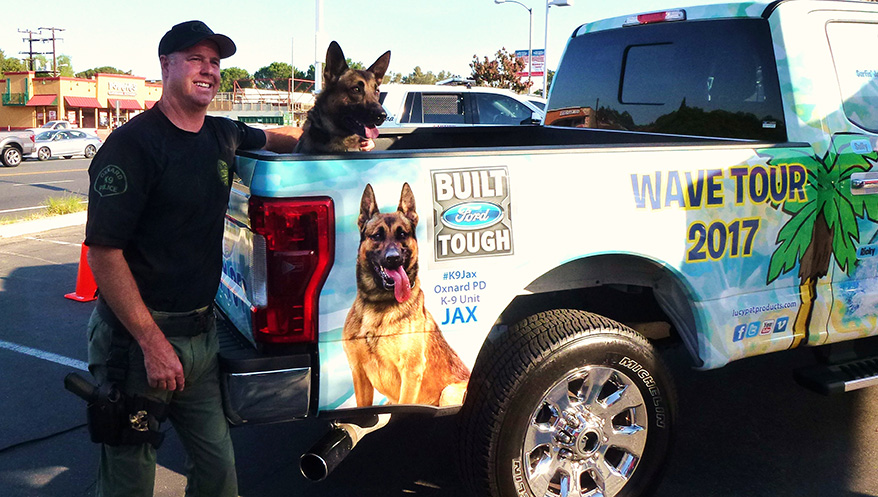 5 Things I Learned from a Pet Dying in My Care