New board members include:

Lawless originally joined the Pet Partners board in 2017 and will now serve as Pet Partners Board Chair through 2022. In her current role at Elanco Animal Health, she is responsible for the strategic direction and management of global corporate affairs and administrative functions.. Before Elanco, Lawless served as the director of corporate communications at Mars Petcare. She is a key member driving the Pet Partners-Elanco relationship forward through Elanco’s commitment to the human-animal bond and introducing animal-assisted therapy to people around the world. 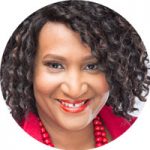 As the driving force behind VIVO360, Inc., the digital creative agency she formed over 19 years ago, Gibson works to deliver exceptional digital, marketing, and technology solutions to some of the world’s most influential brands, including the Atlanta Housing Authority, Voya Financial, Delta Air Lines, Turner Broadcasting, The City of Atlanta, and Hartsfield-Jackson Atlanta International Airport. VIVO360, Inc. has offices in D.C. and Atlanta. Sophie earned an Executive MBA from the J. Mack Robinson College of Business at Georgia State University, a Certificate in Building a High-Performing Business from The Tuck School of Business at Dartmouth College, and a Bachelor of Arts degree in History from City University of New York-Herbert H. Lehman College. 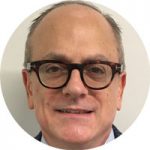 As a thought leader and seasoned executive in the digital industry who is passionate about the convergence between digital and physical retail, Pappas has vast experience in digital, mobile, ecommerce, and all-channel strategy. Pappas brings with him a proven track record of delivering profitable growth, leveraging customer data to optimize media spend, increasing customer retention, and driving online and store traffic and conversion. Pappas holds an MBA in Financial Management from Pace University-Lubin School of Business, as well as a B.S. in Computer Information Systems from Bentley University and an A.S. Business Administration-Management degree from Mitchell College.

King assumed the role of CEO of APPA, which represents more than 1,200 pet product manufacturers, in 2019. Prior to this, Steve served for 28 years as President of the Pet Industry Distributors Association. He was also Executive Director of The Pet Care Trust, sponsor of the Pets in the Classroom program, which has awarded more than 170,000 grants to teachers to obtain a classroom pet and the habitat, food, and other supplies needed to care for it. King earned a J.D. from The George Washington University Law School and earned his B.A. from the University of Maryland, College Park.

As Vice President of Marketing for Fullscreen, a WarnerMedia company, Pierre-Drews is responsible for developing positioning and creating multi-channel ways to tell the Fullscreen story as a leading authority on the social-first generation. Previously, Pierre-Drews was Senior Vice President of Strategic Marketing at NBCUniversal’s USA Network where she oversaw integrated marketing and sponsorship development for the annual Westminster Kennel Club Dog Show, and has held marketing roles with MTV, Clear Channel (now iHeartMedia), and Ticketmaster. She holds a B.F.A. in Advertising and Dance from The City College of New York.

Scanlon first joined PetSmart in 1994 as a store manager and market coordinator and ultimately ran retail operations in the U.S. including Puerto Rico, and in Canada. During his tenure, Gregg also served as President of the PetSmart Associate Assistance Foundation, a 501(c)(3) nonprofit that provides emergency services and short-term financial relief to PetSmart associates facing financial hardship after an unforeseen crisis. He served as president from 2015 to 2020.

Employpet.com Announced as a New Specialty Job and Employment Resources Board for the Pet Industry

20 New and Notable Products to Consider for Your Pet Store

Trusted Housesitters Raises $10M to Expand Into US