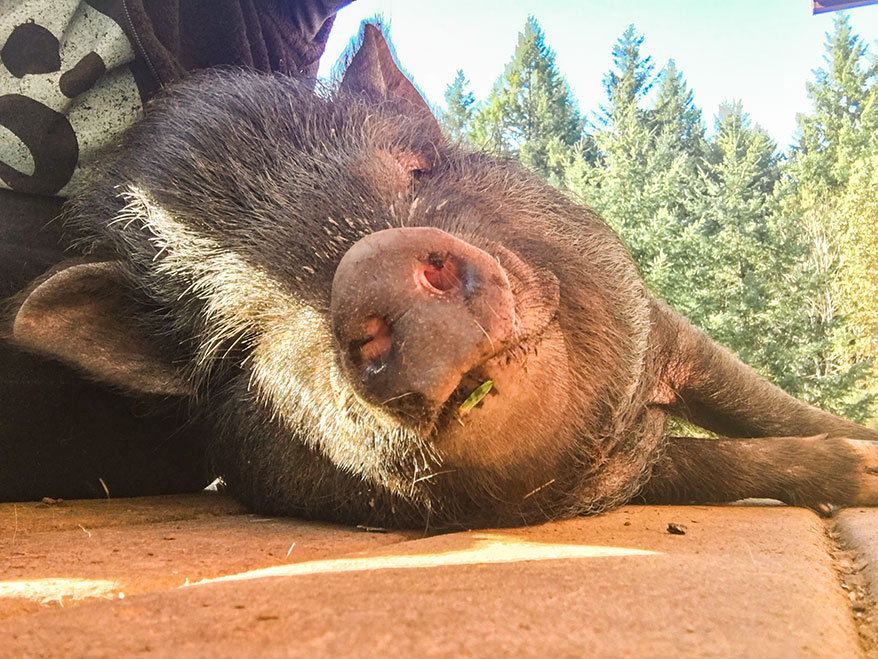 I’M THE KEEPER of a pig, the size of which is an interesting subject. Herbert the Hogster is a mini pig. And now that he is in his fifth year of life, though I have no scale to weigh him on, nor could I lift him to gauge it that way, it’s looking like he could weigh in at 150 pounds or more.

I share this with you because Herbert has taught me an important leadership lesson recently. He was in the house uninvited. Sometimes I invite him into my office, which has a door to the outside and stone floors for easy cleanup of dirty hooves, but he snuck through the barrier and into the main part of the house and was heading in the direction of the dog food when I spied him.

Podcast: How Pet Businesses Are Supporting Their Communities During COVID-19

Listen Up! Understand Credit Card Processing Fees in New Behind the Pages Podcast

Immediately, I got behind him to push him back through the door and into the outside. He was having none of it. He planted his little hooves, and the more I pushed him, the more he grunted and squealed his displeasure.

That’s when I realized you can’t push a pig. Especially one that outweighs you.

This situation is like others we encounter where we want one result, and it seems nearly impossible to attain it by what we’re doing. Think about how you have sales goals — and because of those sales goals you do some pushing. And if you are feeling behind or overwhelmed, you might be pushing from behind. And nothing is happening.

So I stopped pushing.

I would like to say that I made this decision with a clear head and without using any off-colored words, but let’s suffice it to say after exhausting my strength and patience, I decided to take a different approach.

Do you quit pushing when the results are not there? Or do you keep at it because it’s the easiest thing to do or the thing we know? And do you notice that the harder you push the less you accomplish? This is true for so many things.

For me, it was my immediate reaction and that’s the real lesson. If I had stopped for a moment and thought about it, I had several other options that I could have done, including the one I did next: I went and got some pig food and put it in a pan so when I shook it, the sound made the most alluring and effective noise that Herbert wanted to follow. Which he did, right outside!

Next time before I — or you — push the pig, remember this lesson:

Anytime things come to a standstill in your business, stop pushing the pig and do something else.

Shawna Schuh is a certified speaking professional, an executive coach, master neuro linguistic programming practitioner and president of Women in the Pet Industry Network. Email her at shawna@womeninthepetindustry.com.

Your Dog Wants to Rescue You If It Knows How, Study Suggests