(PRESS RELEASE) SAN FRANCISCO – V-dog, a leading national dog food company committed to providing 100% vegan products, has been named one of the top plant-based products of 2020 by the editors of VegNews, the largest vegan media brand in the world. 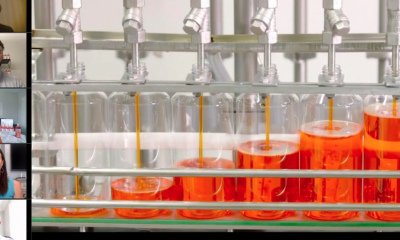 “We’re thrilled to receive the Veggie Award for this year!” said Lindsay Rubin, v-dog’s vice president. “We love VegNews and we’re proud to be part of a growing movement that’s proving pups can live life to the fullest on a 100% animal-free diet.”

Founded in 2005, v-dog was one of the first companies to offer 100% plant-based and animal-free dog food. The vegan-owned and –operated family company is based on the principle that dogs are omnivores and can thrive on a nutritional complete and balanced vegan diet.

Launched in 2000, VegNews is the best-selling plant-based magazine in the United States, reaching more than 2.5 million people each month across its print, digital and social platforms. VegNews provides vegan lifestyle content from food and fashion to travel, celebrity interviews and beauty. More than 2.6 million votes were cast for the 2020 Veggie Awards.

For the full list of award winner, visit here.

For more information about v-dog and the benefits of plant-based food for dogs, please visit v-dog.com.