The investment is the result of increased demand for wet pet food driven by the COVID-19 pandemic, according to a press release from the company. 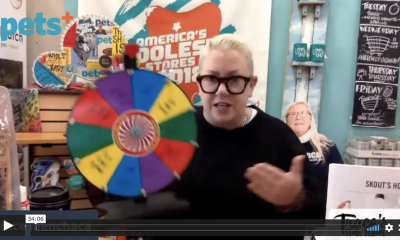 The announcement builds on a series of investments that Mars Petcare has made in its Fort Smith facility, totaling more than $420 million to date. The latest investment will create more than 120 full-time jobs, with further expansion planned for the future, according to the release.

The expansion will begin this month and is scheduled for completion in 2022. With the investment, Mars Petcare will add more than 200,000 square-feet and two additional production lines, increasing production capacity by more than 40 percent.

“The investment from Mars Petcare in their Fort Smith manufacturing facility will boost the economy at both the local and state level,” said Asa Hutchinson, Governor of Arkansas. “Since the facility opened in 2009, it has become a hub of diverse and quality jobs, and we thank Mars Petcare for continuing to grow and invest in the Fort Smith community.”

The Fort Smith facility, which is one of 14 Mars Petcare sites in the U.S., is a key manufacturing hub for tray format foods, making brands like Sheba, Cesar, Iams and Nutro.

Mars noted that over the past year, more than 11 million households in the U.S. have welcomed a new pet.

“Many pet parents have tried new types and varieties of food for their dogs and cats which has contributed to growth in the wet food category,” the release stated. “To meet this growing demand.”

Video: Florida Might Ban Pythons and Other ‘High-Risk’ Reptiles as Pets